← more from
Brownswood Recordings
Get fresh music recommendations delivered to your inbox every Friday. 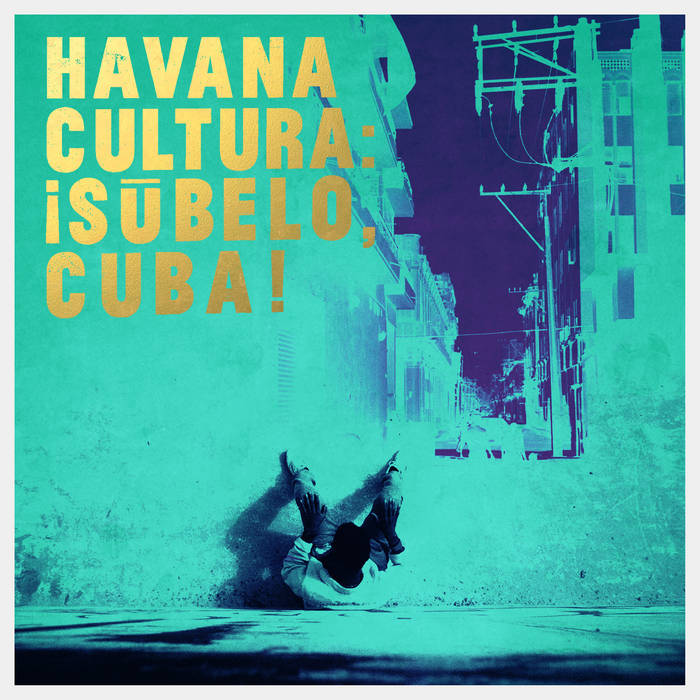 Marcia DaVinylMC No fillers just outstanding winners on what is an essential collection for all HC enthusiasts - and newcomers. This LP is for those who want to delve into some alternative MOBO beautiful interpretations. YOU need this!

For a long time, electronic music has been understood in terms of sounds rooted in particular places: the styles of house and techno inextricably wedded to Detroit, or the early ‘90s jungle sound which carries echoes of London. But that’s something which is changing – in Latin America more than anywhere else. A new project, led by Gilles Peterson and rum maker Havana Club (that created the Havana Cultura platform in 2007 to promote the island’s contemporary culture), shines a light on Cuba’s fast-mutating, rhythmically-adventurous underground. It’s a scene where old ideas are transplanted into new contexts, and like-minded scenes are brought together in new dialogues.

Havana Cultura: ¡Súbelo, Cuba! showcases an extended network of like-minded, forward-thinking musicians driving Cuba’s music forward. Following repeated trips to connect with venues, collectives and DJs, Peterson and Will LV – one half of LV, who’ve released on Hyperdub and Keysound amongst others – linked up with DJ Jigüe, a much-respected producer and DJ, whose Guampara label has charted new directions for Cuban music. He’s been profiled by The Fader and Vice, and the album features his extended network of collaborators, connecting Afro-Cuban traditions with contemporary movements and ideas.

It was recorded across two weeks in Havana in early 2018. It features Yissy García, an internationally-lauded drummer who leads the band Bandancha (and is the daughter of Bernardo García, one of the founders of legendary group Irakere); Yasek Manzano, a trumpet player schooled at New York’s prestigious Julliard music school, who’s collaborated with the likes of D’Joy de Cuba and Wichy de Vedado; El Individuo, an MC who’s part of Havana’s Con100cia collective; Negro WadPro, a percussionist / producer who, as well as producing his own beats, is a regular at different Havana nightspots; Kamerum, whose music – produced for his peers in Guampara as well as his own tracks – bridges the Caribbean with America; and finally, Sigrid, a musicians and vocalist who blends neo-soul with Cuban touchstones like son and filin.

The album speaks to the unique circumstances shaping music-making in Cuba, combining traditional Afro-Cuban rhythms with influences ranging from hip-hop, to kuduro, UK funky and the Caribbean’s ubiquitous dembow beat. More than before, it’s possible for Cubans to access the outside world – either on El Paquete (an informal, weekly delivery of TV, music and film to recipients across the island), or through hourly-pass internet connections accessed in public squares. It’s stoked up the already-saturated noise of Havana’s sound-drenched cityscape.

Bandcamp Daily  your guide to the world of Bandcamp

Kari Faux drops off her deluxe album 'Lowkey Superstar' plus tunes by Shunaji and Samplelov.